Holiday Characters and How They Became Famous 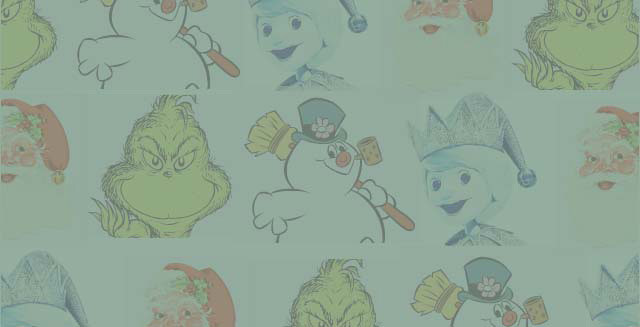 Wintertime and the holidays are represented by a cast of familiar characters, each with its own backstory and symbolism. But did you know that Santa originally dressed in green clothes instead of red or that a grumpy Frenchman was the origin of Dr. Seuss’ classic tale?

The familiar faces we have come to associate with Christmas and winter were born decades ago and have morphed into their current versions. In many cases, the transition was led by advertising. In others, popular culture shaped our expectation of how these characters look and behave. Here’s a glimpse into the history of some of our favorite end-of-year celebrities.

Although the anti-Christmas character came to life in the 1957 Dr. Seuss classic “How the Grinch Stole Christmas,” the term “grinch” goes back much farther. The French word for “grumpy,” grincheux, is the likely origin of Seuss’ diabolical protagonist, and we now use the term to describe any cranky person who complains about celebration. During the decades after the book’s release, the story was turned into several featurettes and movies. Although the main character is green in every iteration, other details about his life are open to interpretation.

The character of Santa Claus – also known as Kris Kringle, Sinterklaas and Father Christmas, depending where you live – has been around in some form for centuries — perhaps even millennia. But our modern understanding of his appearance and behavior was largely shaped by two things: advertising and poetry.

Starting as early as 1906, the jolly elf appeared in advertising with his signature rotund stature and red-and-white suit. But the image truly became engrained in the minds of the public starting in 1931 with the first Coca-Cola Christmas Santa advertisement by illustrator Haddon Sundblom. Sundblom based his artwork on common depictions of Claus with certain cues from the 1823 poem “A Visit from St. Nicholas.”

Which came first: the book, the song or the films? In this case, the song, recorded by Gene Autry in 1950, was the impetus for all that followed. Have you ever noticed that the song’s lyrics never mention Christmas specifically? The winter-themed tune was written by Steve Nelson and Walter Rollins and eventually begat an illustrated children’s book, dozens of song recordings and several short films, including the annual classic from 1969.

Robert L. May’s storybook about Santa’s ninth reindeer was published in 1939 in conjunction with Montgomery Ward department store. A decade later, May’s brother-in-law transformed the basics of the story into a song, and it was recorded by Gene Autry that same year. The album has sold more than 25 million copies and has been covered by hundreds of artists. A stop-motion film was made in 1964 and still is shown on television every year. Although narrative strays quite a bit from May’s original tale, the basic storyline remains intact.

The birth of this personification of winter frost is hard to nail down. The character might trace his roots back to Norse or Anglo-Saxon customs, or he may just be a younger version of the “Old Man Winter” persona who turns fall into winter with his icy visage. Regardless, the nebulous character has found its way into hundreds of popular culture sources dating back to the late 1800s. Hannah Flagg Gould’s poem “The Frost” depicts him as a mischievous pixie, but other tales are much darker. Jack Frost has appeared in radio shows, songs, movies and even a surprising number of video games.

We hope this history lesson has helped you gain an understanding of and appreciation for many of our traditional wintertime heroes. In truth, there is a lot to learn from these backstories about the importance of branding (link to any previous post about branding). These characters “went viral” without the benefit of the internet and still become lodged in each new generation’s minds. If only all business owners could achieve that kind of brand recognition!